What is the difference between DDR1, DDR2 and DD3 RAM? 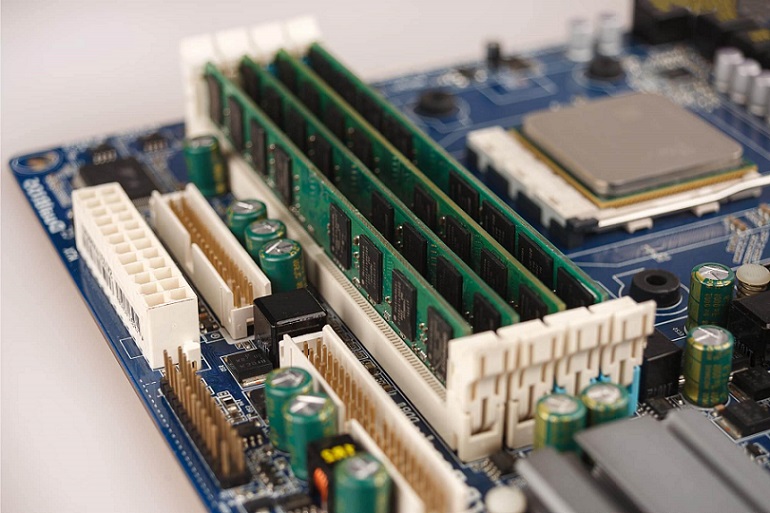 When you are not a computer specialist, everything inside a PC can seem complicated. However, if you follow the information below, you will be able to identify DDR RAM type immediately and easily. The most important thing is not to confuse them with the SDRAM. Otherwise, you can separate them from one another by the location of the notch and by identifying the type of integrated chip that it is (IC).

What is DDR RAM?

Before DDR RAM was invented, computers in the previous century were working with SDRAM. DDR means Double Rate RAM. It is in comparison to the previous system featuring SDRAM. It means that it is able to conduct two data transfers in each clock cycle, compared to the SDRAM who could only do one.

How to Identify DDR RAM?

By the notch on the chip

When you are looking to identify DDR1, DDR2, DD3 RAM physically, first make sure that the chips front is facing you. The best way to identify them is by looking at the notch on the chip as they are not located at the same place. The notch is a small cut made on the RAM. To find DDR1, you need to look for the chip on which the notch is located just above the IC. For the DDR2 IC, this time, the notch on the chip will be placed a bit further away from the IC. Finally, DD3 is the easiest to identify as its notch is nowhere near the center of the chip.

By the Integrated Chip

DDR1 RAM is the largest integrated chip. It actually touches both the bottom and the top since it is so big. The DDR2 is the mid-size IC and it remains just inside the borders. As for DD3, it is the smallest of them all. It is in the shape of a square and remains away from the edges.

By Counting the Pins

If you are unsure and don’t want to make a mistake, you can also count the number of pins of the DDR Ram. However, DDR2 and DDR3 have the same number, so it could be confusing. The result should add up to these numbers: DDR1: 184 pins, DDR2: 240 pins and DDR3: 240 pins.

By the voltage of the RAM

DDR1, DDR2 and DD3 have different voltages. This is not visible by looking at them. However, it is indicated on the motherboard slot. Therefore, if you find that information, you’ll know which one it is.

The voltage is not used to physically identify the RAM. However, it can be used to find the right motherboard slot. The voltage is indicated on it. If you find the indication, you will then know which one it is: DDR1 is 2.5 V, DDR2 is 1.8 V and DDR3 is 1.5 V.

What is the Difference between DDR2 and DDR3?

Today, it is rare to find computers with DDR1 RAM inside. In fact, even DDR2 are disappearing more and more with the new technology. The first time that DD3 arrived on the market was in 2008, when Intel launched is i7 generation of processors. From that moment on, most manufacturers of PC followed suit and so today, you find mostly DD3 RAM inside the computers. That said, there are still some PCs that use the DDR2 IC, but not the DDR1.

The main difference between DDR2 and DDR3 is the number of data transfer they are able to make during one clock cycle. Whereas DDR2 can make four, DDR3 is able to make eight. If we base ourselves on the fact that the clock speed is 1000MHz, then the bandwidth of DDR1 RAM will be 1600 MB/s, while DDR2 will be at 3200 MB/s and DR3 at 6400MB/s.

DDR2 or DDR3: Not a Question of Choice

It is not up to you to decide if you will use a DDR2 or DDR3 integrated chip inside your computer. The motherboard has already been constructed to receive either one of the two. Therefore, if you need to change the chip, you will need to order the same one that is already in your PC. Only older models have both the DDR2 and DDR3 slots, but chances are these computers have already been replaced by newer ones.

What is Clock Speed?

The clock speed is an indication of how well the RAM will perform. In truth, it does not matter so much in personal computers, since they never really reach the full potential of the IC. It is more important for a server. Also, the motherboard is the one which will determine what range of clock speed it will accept, so you don’t have the luxury to choose.

DDR3 has replaced DDR2, which had done so to DDR1 previously. Today, new models come out with the DDR3 IC. But if you have an older model, now you know how to distinguish them from one another.