What are the Advantages and Disadvantages of Electronic Data Interchange (EDI)? 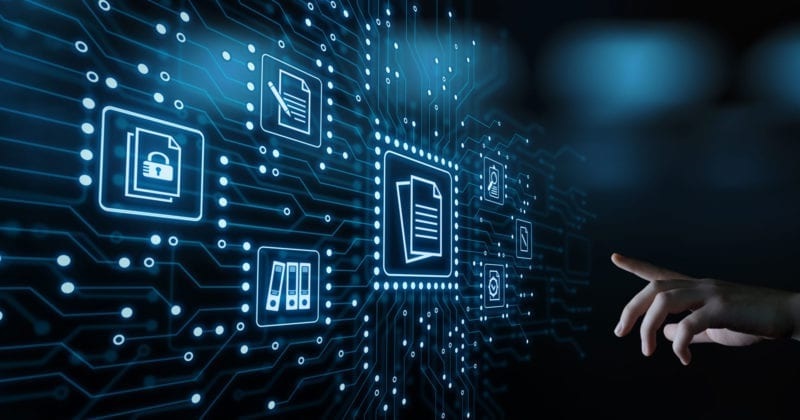 We are so used to sharing documents electronically that we almost forget it wasn’t always so. For the younger generations, they simply don’t remember a time where EDI did not exist. But even though the method is so widely used, it is worth taking time to point out the advantages of using EDI, and also its disadvantages. But first, let’s refresh our memories and identify what EDI is.

The strict definition of Electronic Data Interchange (EDI) is: Computer-to-computer exchange of business documents, created in a standard electronic format, between business partners. There were many reasons why EDI happened in the first place, as we will identify them below in the advantages. For now let’s just say that globally, it was a way for businesses to save a large amount of time and reduce costs, while going green by saving on paper (which is not always true).

If you look at each part of the definition, you will notice that every word is important. First it indicates that the interchange takes place from computer to computer. What that does in the real world, is that it replaces mail, fax and e-mail. You may be surprised to find the last one on this list, but it deserves to be there. A good example which shows that we don’t need e-mail, is through Order Management System. When documents are sent electronically to another one, in OMS, there is no human involved; the processing begins immediately.

Today, the types of documents exchanged through EDI are so vast that we won’t identify all of them. The most common ones are: Purchase orders, invoices and advance ship notices. From there, other documents are created and exchanged, such as bill of lading, customs documents, shipping status and payment confirmation.

In order for computers to recognize the documents being received from another one, it must be created in a standard electronic format. Otherwise, it won’t be able to read the information on it. Think of it as if two individuals were trying to communicate, but one spoke English and the other French. They would not understand each other. That is why the electronic format of the document must be identical between the sender and the computer receiving it.

Normally, EDI is used between two companies that do business together. It is part of the whole process that takes place between the two. First, one company buys something from the other. Then the order is shipped to the buyer and finally it gets invoiced before it gets paid. All these transactions take place through EDI.

What Are the Advantages of EDI?

There is no doubt that technology has improved the way companies do business. EDI is one of the technological advances which have facilitated management of the day-to-day. The communication between two partners, which takes place as a sequence of messages referring to one action, is much more fluid through EDI than it was. It is also instantaneous, whereas before, documents were often exchanged through the mail process, which took a much longer time. Here are the various advantages of EDI:

All the documents exchanged today through electronic mode had to be printed on paper before. This is saving a large amount on costs, just in terms of paper being used. But there is more to it. Printing takes time and movement from the person who has to handle it. Now, to send a document electronically, the person doesn’t have to move from his chair and it takes one second to click.

It is clear that cloud-computing and machine learning eliminates repetition and redundancies which humans tend to make. That is also true of errors, which machines tend to eliminate.

Whereas before the documents had to go through a long process to get to the business partners (mail, fax, etc.), today it is done in a matter of seconds. This process is much faster, which in the end saves a lot of money to the companies, at both ends.

When you are able to make the process go faster, it also means you can serve your clients better. It also provides companies with more time to focus on bringing in new clients.

What Are the Disadvantages of EDI?

Because the standards used in EDI, for companies to be able to communicate, are really rigorous, it might be complicated for some to adapt, mostly in terms of cost. If you need to upgrade the technology inside the company to enter into a business relationship, the investment might not be worth the revenues to come in the future.

However, it should be said that today, in the business world, companies tend to use the same electronic software in order to avoid such situations. So although a company will have to install the necessary software when it starts, it should be stable afterwards, having simply to keep it updated, in order to make sure that communication is running smoothly with its partners.