Why does the X Box One Turns On or Turns Off by Itself? 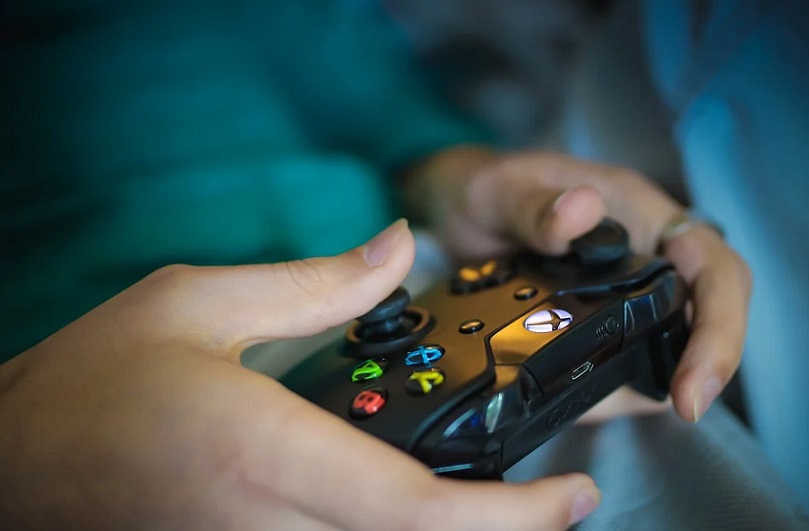 If your X Box One turns on by itself, or it randomly turns off, you may face two completely different situations. Rest assured, there are no ghosts living in your house, enjoying switching it on and off. Various reasons can explain why an X Box One turns on or off by itself and we will help you find the cause that relates to yours by first looking into the problem of opening randomly and then why it is closing the same way.

Reasons why your X Box One Randomly Turns On

The best way to find a solution to any problem is to eliminate all possibilities, one by one, starting from the easiest one to the most complex. Therefore let’s start with the remote control. If you use one, it is possible that it actually turns on the X Box by itself. To know if that is the issue, all you need to do is remove the batteries inside it, when you are not using the X Box. If you do so for a few days and your X Box One does not turn on by itself anymore, then you have found your problem. If not, move on to the next possibility.

The older version of the X Box had a conventional push on and off button. But today, to open and close the X Box, you simply have to pass your finger in front of the logo. It is quite modern and cool, but it also creates the possibility that your console will open by itself. In fact, when Microsoft decided to change its power button, it was because the dust was settling inside, around the button. They thought that by moving away from the traditional button to the touch one, it would solve the dirt problem. What they did not expect was to create another one… which they did. The new toggle is extremely sensitive. A very light touch or even static can be sufficient to turn the X Box on.

What you need to do, in solution number two, is to clean your X Box. If you weren’t doing it regularly before, then you should start to do so. Keeping the X Box clean (especially in the area of the on/off toggle logo) may solve your problem of the X Box One that turns on by itself. But as we will see in the second part of the article, it will also help protect it against shutting down randomly.

The Settings on Your TV Set

Some televisions have an HDMI-CEC option on them. If they are in function, you should know that every time you will open your TV, it will automatically open your X Box as well. To eliminate that possibility for good, go into your TV settings and disabled the HDMI-CEC option. If it was on, there is a great chance that you will never have this problem again of your X Box turning on by itself.

This possibility only applies to the X Box Ones that were built with the Kinect technology inside them. If it is not your case, move on to the next explanation. Kinect was designed to recognize movements or spoken words that relate to the game console, as well as to Microsoft vocal virtual assistant, Cortana. Although this vocal technology can be helpful and practical, the fact it is so sensitive may cause it to do unexpected things, like opening your X Box One unexpectedly.

If you mention words that relate to the system or act in a way that it is supposed to react to, there is a great chance that it will open and act accordingly. If you have a mobile phone with a vocal assistant, you have probably awakened it unwillingly a few times. It is the same idea with the X Box which has the Kinect technology. Like the previous solution, you will need to go into the settings page, but inside the X Box this time; not the TV. Once there, click on “Power and Start Up”, followed by “Select Power Mode & Start Up.” It is there that you will be able to disable the option for launching your console box through voice activation.

This possibility is certainly not the most probable one. However, software can act in strange ways when it is not updated. Conflicts can happen and then different types of problems may show up, including your X Box One opening randomly. This is not a difficult problem to solve. All you need to do is to make sure that your X Box is connected to the internet and that you have enabled it to download the latest updates automatically. That way, you will never have to worry about forgetting to update it, ever again. And it will certainly save you from other potential problems affecting your X Box One.

You haven’t found the source of the problem yet, after doing all the tests above? There are still a few simple solutions that you can try to fix this issue. If your console is plugged into an extension cable, then try to plug it directly on the wall. If it already is the case, switch to another electricity outlet, but still directly on the wall (no cable between the X Box and the outlet).

It still turns on by itself? Then it is time to try rebooting your X Box One. To do so, you need to keep the power button down for at least ten seconds. Before you restart it, unplug it from the electricity socket, and keep it so for at least ten seconds. Reopen it and wait a few days to see if it does it again. If so, then it is time to take your console to a repair shop so they can fix the problem.

Reasons why your X Box One Randomly Turns Off

You may think that your X Box One turning on or turning off is caused by the same issues. However, that is probably not the case, as you will read below. Most of the time, when an X Box One shuts down by itself, it is a result of overheating. In other words, it shuts down to protect itself from damaging the system. But there are different causes that can explain this phenomenon, so we will present you with the most common ones.

What Can Cause the X Box One to Overheat?

Most of the time, the lack of Ventilation will be the cause of your X Box One overheating. But the issue may come from different factors. Let’s explain each one, so you can try to fix the situation correctly.

If your game console is packed in too tight with other elements, or too close to the wall, it might not be able to bring in enough air to cool it down. You need to make sure that the air vents on the X Box One are entirely clear. They can be found either on top or on the back of the machine, depending of the model you have. The problem you may have, if they are located on the back, is that the console is too close to the wall. You need to leave at least 15cm of free space between them for the X Box to cool down properly. If the air vents are on top of the X Box One, then remove any item that you may have placed on top of it. If all your electronic equipment is one on top of the other (DVD player, Sound system, etc.), you will certainly damage all of them at some point, so it is better for you to go and buy new furniture to separate them.

You Need to Clean the Air Vents

While you are rearranging the position of your XBox and looking for the location of the air vents, take the time to clean them. If they are really clogged with hair and other pieces of dirt, you should use a pressurized air can. It should indicate to you that you need to pay attention, more often, to this situation and keep the air vents clean at all time.

You Have to Clean (or change) the Fan and its Environment

Since you’ve already started to clean, keep going. Chances are, if the air vents were clogged, the fan inside and the space around it would also be full of dust and dirt. This part of the system is too important to neglect, so it is time to open the X Box One and discover the status inside. If your console is still under warranty, and it works once you have cleaned the air vent, it is better to keep using it as it is. Any sign that the box has been opened may cancel the warranty; a risk not worth taking. And if it doesn’t, just bring it in for repair since it won’t cost you anything.

But if that is not the case, it is time to go inside the X Box and clean it deeply. First unplug the console and then continue what you started before by cleaning the air vents, this time from the inside. You will have to be careful to stay away from the other components inside the X Box One, and you should wear an anti-static bracelet to avoid any potential damage. Once you have found the fan, use the compressed air to clean it and a dry rag to finish the job, if need be. Before closing it up, make sure the fan works. If it doesn’t, you will need to change it, so you may as well do it now. Important note: Do not use anything wet to clean inside the console.

Your Power Supply is Defective

If all else fails, check the power supply cord. If it is damaged in one or more places, it may mean that the current doesn’t go through constantly, causing breakages which in turn can turn into overheating inside the system. In that case, the solution is easy: Change the power supply cord, and your console should go back to normal.