What Are the Best PS4 Games for Girls and Women? 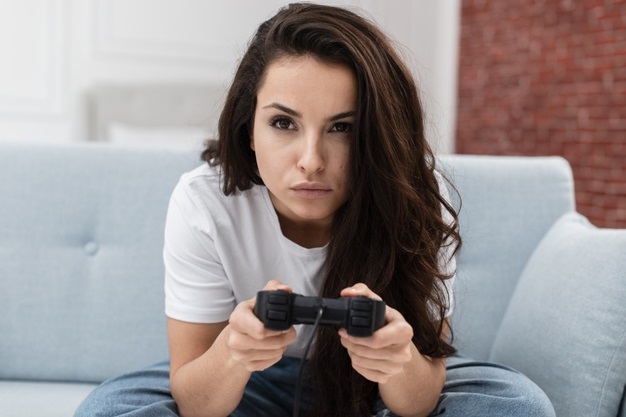 The world of gamers is made of young and older persons, as well as people from both genders. Therefore, it is no surprise that there are PS4 games for girls and for women. In this article, we will present a few of them. So if anyone tries to convince you that there are no PS4 games for female gamers, you’ll know exactly what to say to prove them wrong, by bringing up these examples below.

Nothing better to start this list than a game full of fighting, so that it is clear that all genre can also be directed at girls. This one is the latest in a series of games. The story is about Linne, a girl who heads out into the night to fight the mischievous plan of “Paradox” (Hilda). She is followed by a boy she met, who is trying to understand who and what she is. It was produced by Melty Blood and can be played as well on VITA and PS3.

This saga started in 2016 and it is one of the most ambitious game projects ever to be created. It comes from the award-winning game creator, Yu Suzuki. This epic story starts when the main character, Ryo Hazuki, goes out to find his father’s killer and exact revenge on him. He is a specialist in martial art, and he will use his trade as he gets into enemy territory. This is an immersive story which is played by both men and women of different ages.

If you like cute characters, this game is definitely for you. It explains why this is one of the best PS4 games for female gamers. It is played on Virtual Reality, which add many possibilities compared to regular games. The story is about Moss, a young mouse that wants to become great. When it finds a magical stone, the mouse gets new powers and heads out into forgotten realms to solve puzzle and face multiple enemies.

This one can certainly be considered a girly PS4 game. Frantics can be played between four persons. The host of the game is a fox that sometimes helps to sabotage your rivals, but will also help them later on, so you have to be weary of him. It is made of cute kawaii animal characters and to win, you’ll have to battle, negotiate and bluff; all things girls can do as well as any boy!

If you like riding horses, then you’ll probably enjoy Red Dead Redemption, where the characters move along on the back of these animals. It takes place in America, in 1899 and tells the story of Arthur Morgan and the Dutch van der Linde Gang, which are on the run from federal agents. It features shooting and various quests. This is a perfect PS4 game for women and men.

The décor of this game was hand-painted (for real). It is meant to be played by a single player or a duo. It takes place on a British island during the 1980’s, and it is a story of friendship where heroines explore the coast on their bikes in search of a long-lost treasure. It is a sweet game, which will bring memories of another era. Perfect for women in their forties/fifties that would like to reminisce about the good old days.

Blood Stained Ritual of the Night

We could not make a list of PS4 games for girls and women without mentioning this one. Its heroine is Myriam, and she has to go through a castle where she will fight her old friend Gebel. If she can go all the way, she will save herself from crystallizing, but also the whole world from destruction. If that is not the perfect task for a woman, then what is…

This story is a classic and it returns with all the same characters from before, with many improvements that were made to make it even better than it was. The visuals are simply incredible, and the new combat system will make you want to play again and again, all night long, with your friends.

In this popular anime game, the main character is a fugitive running away from a crime he did not commit. It features many combats, and the player has to find and collect over 320 Digimons. It plays on the line dividing the digital and the real world, and you have to solve evil digital mysteries. Girls and boys will enjoy this one.

A more down to earth game, Anamorphine features a man (Tyler) who has lost his memory. As we move along the story, we uncover that he had a wife, suffering from depression. This is a great PS4 game for female gamers of all age. It brings the player into an introspective journey, to discover the reasons why he did lose his mind in the first place.

As you now know, there isn’t a lack of PS4 games for girls and women. In fact, the number of female gamers today shows quite well that they are greatly appreciated by both sexes.